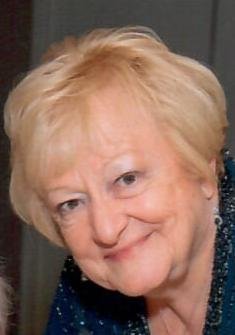 Please share a memory of Shirley to include in a keepsake book for family and friends.
View Tribute Book

Shirley graduated 1954 from the Atlantic Highlands High School, going on to graduate from Monmouth University, Long Branch, NJ, with an A.A. Degree. She worked as a legal secretary for her entire career. She was associated with the Monmouth County Legal Secretaries Association, where she enjoyed being active.

A true Jersey girl, being raised in Highlands, the beach was her backyard, and she never strayed far from the sandy shore. Holidays and family were two of her greatest loves. She was a most beloved mother, grandmother, and great grandmother and will be greatly missed by all. The family would like to thank the Hackensack Meridian Home Hospice Care Team, whose support and compassion in caring for her is greatly appreciated.

She is survived by her daughter, Lore A. Raimondi, her son Richard A. Ledergerber Jr., and his wife Judith, and her son Steven J. Ledergerber and his fiance Rebecca. She is also survived by ten grandchildren, and her great-granddaughter, Lana Leigh.

In lieu of flowers, we'd like to ask that donations be made to:

To send flowers to the family or plant a tree in memory of Shirley Ledergerber, please visit Tribute Store
Sunday
3
November

Look inside to read what others have shared
Family and friends are coming together online to create a special keepsake. Every memory left on the online obituary will be automatically included in this book.
View Tribute Book
Share Your Memory of
Shirley
Upload Your Memory View All Memories
Be the first to upload a memory!
Share A Memory
Send Flowers
Plant a Tree