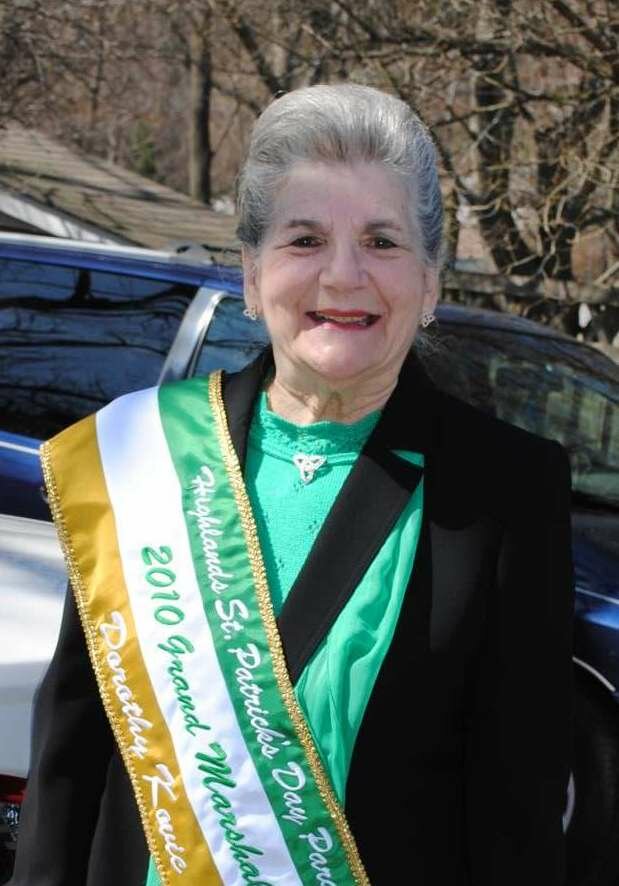 Dorothy C. Kovic, 91, of Highlands, entered into eternal life on Friday, January 14, 2022. Dorothy was born Dorothy Dirks (daughter of Catherine May Dirks, Ireland, and John Dirks, Belgium) on May 13, 1930 in Hoboken, NJ. She was raised in Hoboken, attending Our Lady of Grace and Demarest High, where she met Michael Kovic (their humorous recollections of first meeting were legendary) . They were married in 1949 and resided in Hoboken until moving their young family to Highlands in 1956.

Dorothy was a communicant of Our Lady of Perpetual Help (OLPH) Church, Highlands, where she was active in the Rosary Society and the newly established OLPH Elementary School. She also served on the Highlands Housing Authority for the Ptak Towers, and in the Veterans of Foreign War Post 6902, Highlands. Dorothy was the founder and proprietor of This & That Variety Store, Highlands, which evolved to The Breakfast House, a family, friend and neighborhood eatery in the town she loved.

Dorothy was awarded the honor of Grand Marshall in the 2010 Highlands Saint Patrick’s Day parade, one of her proudest moments. When she wasn’t busy with seven children, their countless friends and pets on “the hill,” Dorothy enjoyed visits to Atlantic City, antique hunting, and vacationing with her husband and friends. She also made the best Soda Bread this side of County Kilkenny.

Dorothy was predeceased by her husband, Michael Kovic, in 2015, and a daughter, Patricia Kaj, in 1995. She is survived by three sons, Michael Jr. & wife Nanci Kovic, James Kovic & John Kovic, all of Highlands; three daughters, Kathleen Paul of Atlantic Highlands, Dorothy & husband Lee Shell and Christine & husband Scott Seuffert both of Highlands, along with ten grandchildren and one great grandchild.

A Funeral Mass will be offered at 10 a.m. Wednesday, January 19 at Our Lady of Perpetual Help Church, Highlands. Followed by interment at Fair View Cemetery, Middletown. A celebration of her life will be planned for later this year.

In lieu of flowers, donations may be made to the ASPCA. Messages of condolence may be e-mailed to Postens@comcast.net and will be received by the family.

To send flowers to the family or plant a tree in memory of Dorothy Kovic, please visit Tribute Store
Wednesday
19
January