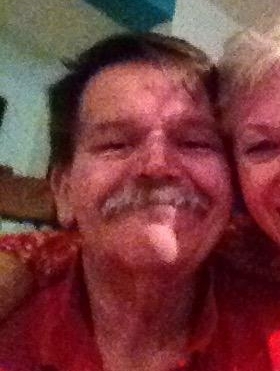 Paul J. Cusack
Paul was born on July 28th, 1954, in Brooklyn NY where he was raised alongside his six siblings
in Borough Park. He graduated from Bishop Ford High School in 1972 and from Fordham
University in 1977. Paul met Eileen Fecenko who would become his wife and the great love of
his life on St. Patrick’s Day weekend 1981 in a Manhattan Irish pub. A year later the two were
engaged, and on July the 3 rd , 1982 Paul and Eileen married. As Paul was wont to say, “We met in
‘81, got married in ‘82, had Mary Kate in ‘83, bought the house in ‘84, took off ‘85, then had
Brendan in ‘86”.
Paul and Eileen bought their home in Atlantic Highlands, and it became Paul’s home for the next
37 years. Over those years Paul left an indelible mark on the town and surrounding communities:
coaching softball and baseball; waiting tables at the former Atlantic Highlands landmark, The
Hofbräuhaus, where he was affectionately known as “Fritz”; his activities in the Atlantic
Highlands Democratic Committee; and his active participation in locally based online
communities where he was famous for his dry humor and comments. Paul was particularly proud
of his work in local schools and his volunteer work with the Atlantic Highlands Lions Club. As
an aide at Shore Regional and Henry Hudson he was known to the students as “Papa Q”. As club
president of the AH Lions Club he oversaw the initiative to enact gender equality by admitting
women to the previously men’s only organization. Paul’s greatest pride was in being a stay-at-
home dad where he raised his eternally grateful and loving children.
Paul is survived by his wife Eileen, his daughter Mary Kate, his son Brendan, his brother, six
brothers-in-law, six sisters-in-law, numerous nieces and nephews, grand nieces and grand
nephews, cousins and friends.

In lieu of flowers the family asks that donations in Paul’s name be sent to,
The American Civil Liberties Union
Fair Fight Action
or,
Happy Paws Rescue of Piscataway, NJ.

To send flowers to the family or plant a tree in memory of Paul Cusack, please visit Tribute Store
Sunday
10
October