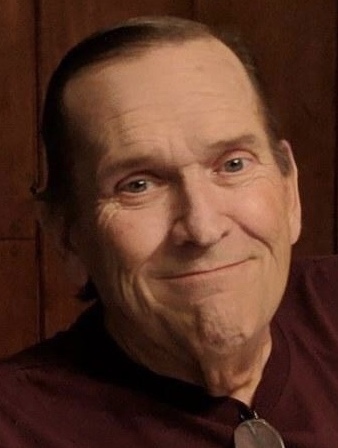 Please share a memory of Kurt to include in a keepsake book for family and friends.
View Tribute Book

Kurt was born August 21, 1950 in Long Branch, NJ. He grew up in Rumson, NJ and was a graduate of Rumson Fair Haven Regional High School.

A respected member of the maritime community, Kurt was the owner and President of Divemasters, Inc. which is based in Point Pleasant Beach, NJ and serves the entire Eastern seaboard as well as the Gulf of Mexico. Divemasters provides marine operations support from hydrographic survey and scientific research, to submarine cable work and archeological investigation. Kurt was proud of his team and his fleet, including Research Vessel, The Atlantic Surveyor.

A lifelong lover of boats, Kurt grew up on the Shrewsbury River and was active in Jersey Speed Skiff racing back in the day. He later became a Captain, ran sport fishing charters in Florida and NJ, was a dockmaster, and operated fishing tournaments.

Kurt possessed a sharp wit and was brilliant, well-read and the funniest guest at the dinner table. He was a generous and beloved son, brother, friend, and uncle.

Kurt was predeceased by his parents Jacob Perl and Helen (Sinclair) Perl and his brother William Christopher Perl. He is survived by his brother Eric Perl (and wife Susan) of Little Silver; Ellen Iovino (and husband John), Fair Haven; Genie Perl (and husband Michael Vuocolo), West Allenhurst; and Liz Erichsen (and husband Todd), of Atlantic Highlands, and his nieces and nephews.

A Memorial Service will be conducted at Posten McGinley Funeral Home 59 E Lincoln Ave, Atlantic Highlands NJ, 07716 on Tuesday September 14th from 5 to 8pm. Internment will be private.

In lieu of flowers, donations may be made to Lunch Break of Red Bank:  https://lunchbreak.org/

To send flowers to the family or plant a tree in memory of Kurt Perl, please visit Tribute Store
Tuesday
14
September

Look inside to read what others have shared
Family and friends are coming together online to create a special keepsake. Every memory left on the online obituary will be automatically included in this book.
View Tribute Book
Share Your Memory of
Kurt
Upload Your Memory View All Memories
Be the first to upload a memory!
Share A Memory
Send Flowers
Plant a Tree