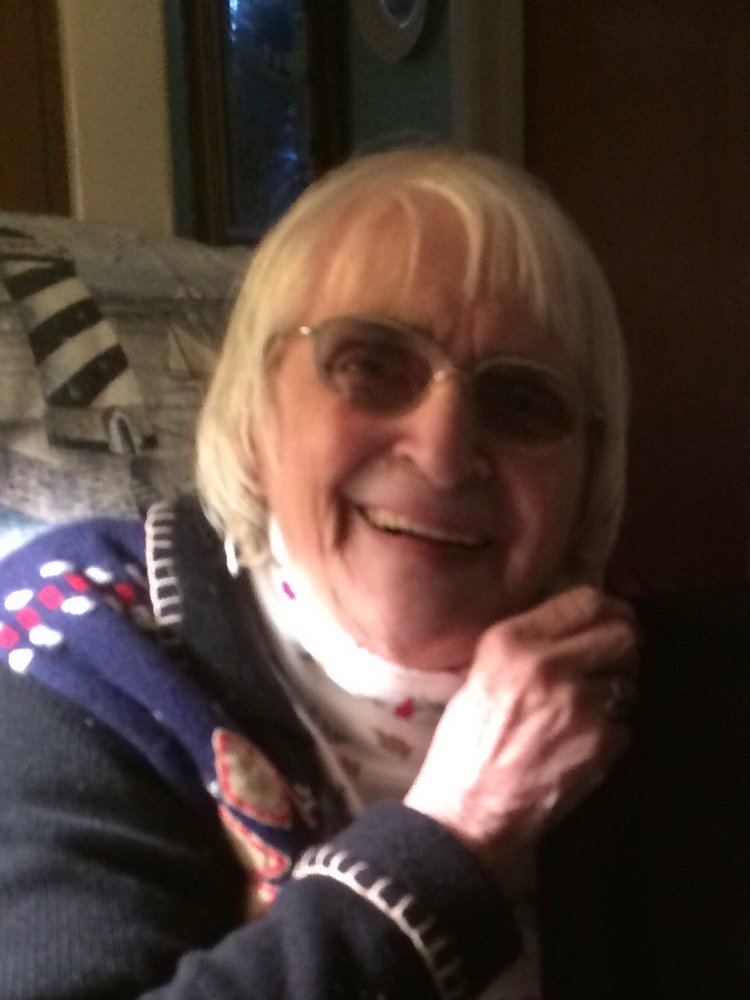 Please share a memory of Dolly to include in a keepsake book for family and friends.
View Tribute Book

A lifelong resident of Atlantic Highlands. She was born at her home in Atlantic Highlands 1930 to Philadelphia transplants Edward and Irene Henfey (née Bachmann); she was the third of four children; she was a life-long communicant of Saint Agnes RC Church and would attend and graduate Saint Agnes and would go on to attend Atlantic Highlands High School on First Avenue. At the age of 15 she took summer employment at the Blindmens’ summer camp, Camp Happiness, in Leonardo. It was here she was introduced to the love of her life and would later marry Edward Norton Alverson of Leonardo at the old St Agnes church located on South Avenue July 4th 1949 in an elopement ceremony. According to Dolly, the years that followed were the happiest and best years of her life.

She was predeceased by her parents Edward and Irene Henfey, her husband Edward of 63 years in 2015 and her eldest son, Edward Jr. 1973. She is survived by her remaining children Robert of Atlantic Higland and Fleischmanns, NY and devoted daughter Dolores (Dee) of Atlantic Higlands and Tinton Falls, NJ and numerous nieces and nephews, as well as extended family scattered from here to Texas.

Dolly’s services are being handled by the Posten-McGinley Funeral Home located at 59 East Lincoln Ave Atlantic Highlands. Guests and visitors will be welcomed Sunday July 11th from 2 to 4 PM and 7 to 9 PM. The evening portion will include a prayer service.

On Monday morning July 12th at 10 AM friends and family will gather at the funeral home to escort Dolly to Mount Olivet cemetery for graveside service and burial. A reception lunch will follow service.

To send flowers to the family or plant a tree in memory of Dolly Alverson, please visit Tribute Store
Sunday
11
July

Look inside to read what others have shared
Family and friends are coming together online to create a special keepsake. Every memory left on the online obituary will be automatically included in this book.
View Tribute Book
Share Your Memory of
Dolly
Upload Your Memory View All Memories
Be the first to upload a memory!
Share A Memory
Send Flowers
Plant a Tree