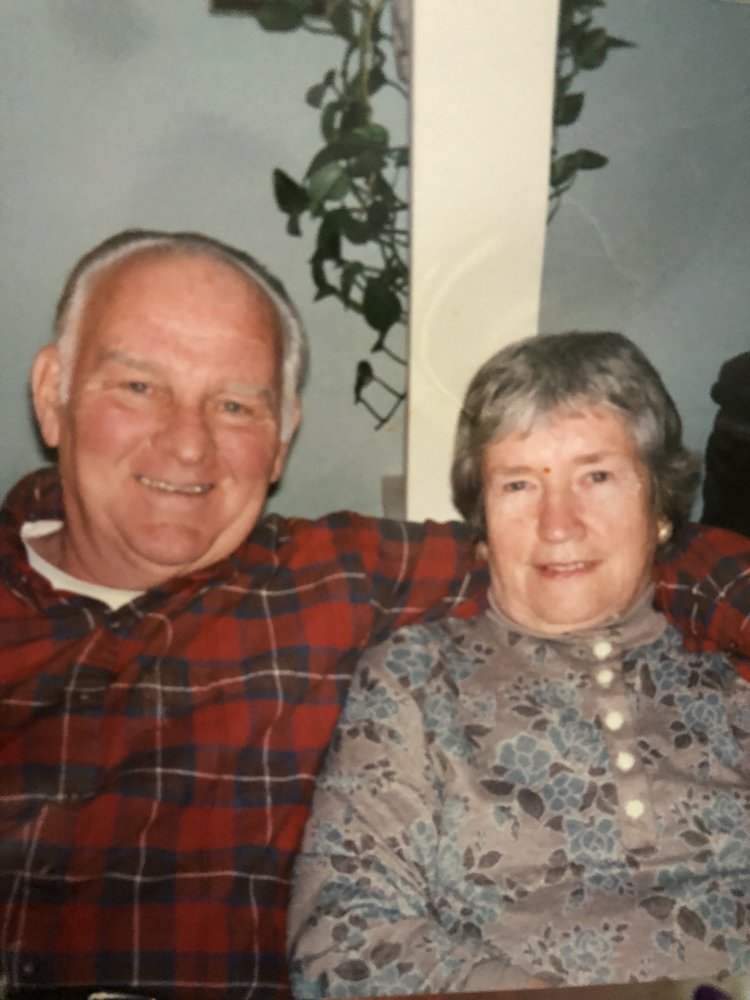 Please share a memory of Julius to include in a keepsake book for family and friends.
View Tribute Book

Jul was a good guy, just ask anyone.

Dad was born on June 11, 1929 in Buffalo, NY to Julius and Anna Adolf. When dad was little they lived on a farm where they grew apple trees. Dad could still tell you how to trim the trees for the best crops. They moved into town and lived in an Italian neighborhood where they made wine and friends for life. He grew up hunting and fishing with his cousin Ray and playing ice hockey with his buddies.

In 1947 at the age of 17, he joined the Army and was stationed at Fort Handcock. Locals from Highlands would go out to the base for dances and to entertain the servicemen. Dad met 17-year-old Lola Cann who came to sing with the church choir, and they were married 5 years later on March 7, 1953 (The Korean Conflict interrupted their romance.) Dad served in Korea from 1950 - 1952, then spent 40 years in the Civil Service.

They moved to a small bungalow in Atlantic Highlands in 1956. Their home grew as the family grew and they raised four children and five dogs there over the next 63 years.

In 1965 Dad was offered the adventure of a lifetime.  We’d never heard of Lajes Air Force Base in the Azore Islands, a group of islands in the middle of the Atlantic Ocean 800 miles off the coast of Europe, but Dad packed up Mom and 4 kids and off we went. We spent 7 years there and loved it. Between the milkman that delivered milk by donkey, street bull fights and crawling through the water caves it was an incredible experience. He took us to Germany, Austria, Spain, Portugal, Italy, and the Canary Islands. When we returned to Atlantic Highlands, Mom and Dad continued their travels by exploring our beautiful country and Canada. With four children all in different states, they put in plenty of miles traveling to christenings, birthdays, graduations, weddings, and playoff games.

Dad was a lifelong member of the Atlantic Highlands Fire Department.  He was part of the original “Dirty Dozen” and spent as much time mowing grass or painting walls at the field house as fighting fires.

Dad was a good friend and a good neighbor. His motto was “Have tools, will travel.” He spent many a Saturday snaking out someone’s sink or helping install sheetrock. One of my favorite memories was hearing all the neighborhood dads mowing their lawns on Saturday morning, then the sound of horseshoes clanging in the afternoon. Dad was witty, smart and curious. He loved to tease and was a bit of a flirt. We will miss him.

Just as everyone said, Dad was a very good guy.

Julius was predeceased by his parents and sisters Mildred and Sylvia.

To send flowers to the family or plant a tree in memory of Julius Adolf, please visit Tribute Store
Wednesday
26
February

A repast will be at The Shore Casino, Atlantic Highlands following the service.
Online Memory & Photo Sharing Event
Online Event
About this Event

Look inside to read what others have shared
Family and friends are coming together online to create a special keepsake. Every memory left on the online obituary will be automatically included in this book.
View Tribute Book
Share Your Memory of
Julius
Upload Your Memory View All Memories
Be the first to upload a memory!
Share A Memory
Send Flowers
Plant a Tree