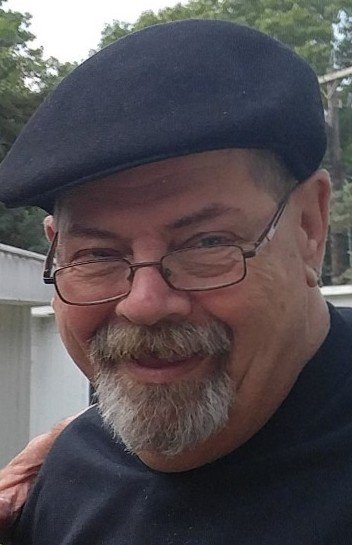 Please share a memory of Richard to include in a keepsake book for family and friends.
View Tribute Book
How do you put words to Rickey - Richard- Rich-The Jolliest Santa Claus,it is ,with great sorrow, we post, Richard passed away, on December 3, 2019.He was born at home, March 28,1958 at 1022 Rogers Ave, in Brooklyn, NY. He was raised in Highlands,and was a perishoner of, Our Lady of Perpetual Help,and from the time he became an alter boy, his faith in God only grew, along with, his amazing voice.He continued to sing in the choir throughout, his adult Life. He was an adoring son, #7 of Joan and Bill Abairs Happy 11. He attended CBA and then Henry Hudson High School,where he found and perfected his passion in the theater.He was quite the Actor,and known by his family and close friends, to be an expert, in rolling his jolly ol belly.He continued on at Pace University,New York,where he studied theater and dramatic arts. He was widowed and has a daughter Courtney May Abair.Courtney has her dad's talent and singing voice,along with an infectious smile and laugh. Richard, also lived in Atlantic Highlands,where he was known as the former Puppet Master at Papermoon Puppet Theater. He worked as an Associate Deli Manager for Shop Rite, where everyone would stop in to see him, just to get a laugh and brighten their day, even at work, his contagious, fun, loving personality shined. He was also self employed,as The Jolliest Santa Claus of All.His Ho Ho Ho was learned and perfected by, his father,Bill Abair. Richard took his Santa business very serious.He was still making his rounds and checking his lists.He will surely be missed, by small children and adults alike, especially at Christmas Time...and will Forever be in our hearts.
To send flowers to the family or plant a tree in memory of Richard Abair, please visit Tribute Store
Friday
27
December

Look inside to read what others have shared
Family and friends are coming together online to create a special keepsake. Every memory left on the online obituary will be automatically included in this book.
View Tribute Book
Share Your Memory of
Richard
Upload Your Memory View All Memories
Be the first to upload a memory!
Share A Memory
Send Flowers
Plant a Tree