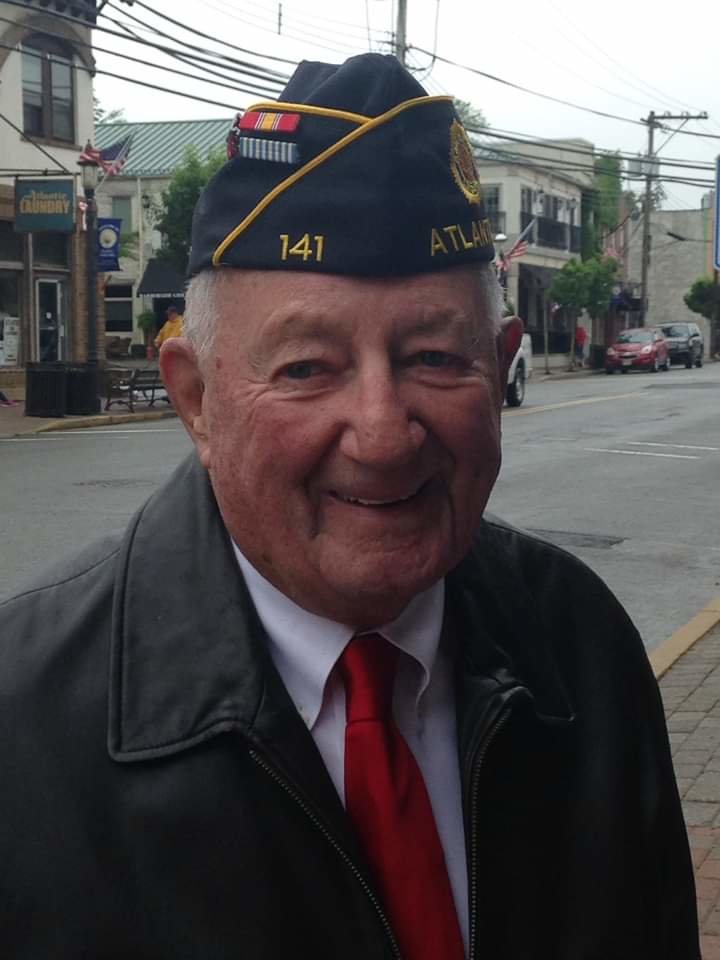 Please share a memory of Robert to include in a keepsake book for family and friends.
View Tribute Book

He was an adoring son, loyal brother, devoted husband to the “lovely” Diane, a kind, loving, and supportive father, doting Pop Pop, and lest we forget an avid Met Fan! He attended Snyder High School, Jersey City excelling at football, baseball, and swimming.  It was in the halls of Snyder H.S. that Bob forged a lifelong friendship with his dearest of friends, Bernie Sweeney. This friendship has spanned more than 75 years, and if you were lucky, you were able to join them at the Shore Casino and laugh as Bob manned the bar and Bernie manned the floor.

Upon graduation, he enlisted in the United States Army honorably serving in the Korean War and was a member of the Post 141 American Legion. He went on to study English Literature at St. Anselm’s College in New Hampshire. It is with the Abbey Players of St. Anselm’s where Bob began a life-long love of the stage…a love affair that traverses the stages of the Monmouth Players, Wagon Wheel Playhouse, The Barn Theatre, University of North Carolina Parkway Playhouse and in 1975, Bob founded and performed at the Harbor Light Dinner Theatre. Over the last 45 years Bob could be found selling tickets; bringing in and out the shows as a member of the Local 536 at PNC Bank Arts Center.

Bob’s myriad of interests characterized him as a true Renaissance man. Whether it was the stage, film, literature, public service, sport, aviation, surfing, storytelling, playing the ukulele or laughter, his “Carpe Diem” creed ensured he would get the most from all his endeavors.

Bob began his life’s work in 1966 as a teacher, director, civic leader, and coach at Henry Hudson Regional H.S. and then Keansburg H.S. It was in the classroom, halls of borough hall, woods of Holmdel Park, and the baseball diamond that he would find his true calling. Bob’s innate ability to see the best in all of us guided his almost 40 years in education, politics, and coaching. Whether evoking Shakespeare’s Spirit, serving on town council and the zoning board, or celebrating 2 Sectional Championships with his Cross Country and Baseball Teams or his most recent passion: cheering for SHU #19, he epitomized what it means to live a life well lived. Bob’s love of golf benefitted his alma mater over the past 16 years with the Annual St. Anselm’s golf outing. If you had the good fortune to have your life intersect with his, you got a glimpse into what it means to be the best son, brother, husband, father, in-law, uncle, friend, public servant, colleague, coach, and above all TEACHER!

Bob is survived by his wife the “lovely” Diane of 48 years; his son Robert V. Waldron Jr. and partner Deborah Renee Russell; his son Walter Waldron and partner Misty Long; his daughter Abigail Swanton and husband Jeffery Swanton; and 7 grandchildren: Tristan and Mia Russell; Charlotte and Ivy Waldron, Macy-Joan, Juliet, and Whitney Swanton.  Bob is predeceased by his father Walter and mother Margaret; brother Walter – all of whom he adored!

Friends will be received on Friday at Posten-McGinley Funeral Home from 2 to 5 and 7 to 9PM.

In lieu of flowers, donations can be made to the Bob “Doc” Waldron Scholarship Fund details which can be found

To send flowers to the family or plant a tree in memory of Robert Waldron Sr., please visit Tribute Store
Friday
22
November

Look inside to read what others have shared
Family and friends are coming together online to create a special keepsake. Every memory left on the online obituary will be automatically included in this book.
View Tribute Book
Share Your Memory of
Robert
Upload Your Memory View All Memories
Be the first to upload a memory!
Share A Memory
Send Flowers
Plant a Tree