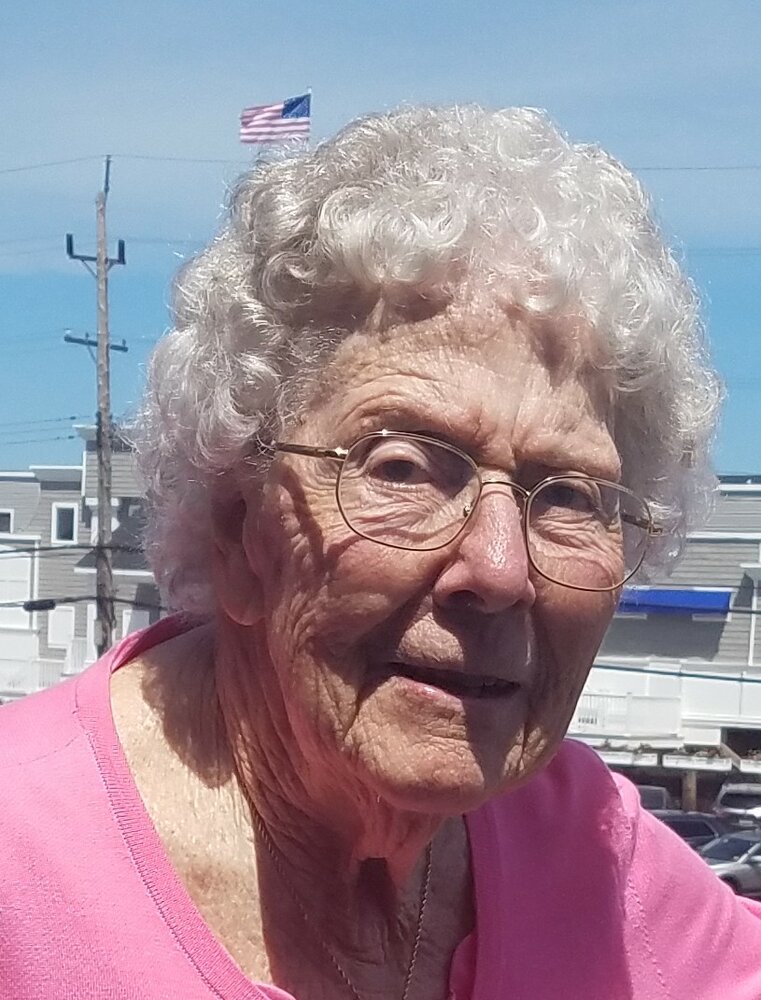 Please share a memory of Joan to include in a keepsake book for family and friends.
View Tribute Book

Joan was born in Jersey City, New Jersey, on June 25, 1930, to the late John and Catherine Hayes. She graduated from Holy Family High School with high honors in Latin. Joan spent her childhood summers in Leonardo, New Jersey, with her parents and sister Catherine and brother Jack. She then met her husband Walter Walling on Sandy Hook. They were married June 30, 1956, and raised four beautiful children in Atlantic Highlands.

Joan was a devout Catholic and a parishioner of St. Agnes Church where she was a Eucharistic Minister and a member of the Rosary Altar Society. She enjoyed spending her time volunteering at the St. Agnes Thrift Shop where she created lifelong friendships with others who shared the same passion of serving their community. Through those wonderful friendships, Joan was able to travel the world visiting many remarkable countries.

Joan’s pride and joy was her magnificent gardens, where she spent a lot of her time tending to her flowers. Joan enjoyed many social activities but one of her favorites was her Thursday ladies bowling league. The Ship Ahoy Beach Club was a second summer home for Joan and her late husband Walter. They spent many summers creating lasting memories with their children and grandchildren.

In recent years, Joan lived at Brandywine Senior Living in Shrewsbury, where she found new friendships and activities. She especially excelled in any type of word game. Most notably, she would finish her newspaper crossword before noon.

Joan was predeceased by her parents John and Catherine Hayes, sister Catherine Beirne, brother Jack Hayes and husband Walter. She is survived by her daughter Claire (Terrence) McGinn of Perkasie, PA, and her sons Walter (Joyce) Walling of Southport, NC, David Walling of Delano, TN, and John (Barbara) Walling of Oceanport, NJ; grandchildren Christopher and Chance McGinn, and John and Erin Walling; niece Mary Catherine O’Brien and several other relatives.

The family would like to thank the personnel of Brandywine Senior Living for their compassionate care over the years.

To send flowers to the family or plant a tree in memory of Joan Walling, please visit Tribute Store
Tuesday
11
October

Look inside to read what others have shared
Family and friends are coming together online to create a special keepsake. Every memory left on the online obituary will be automatically included in this book.
View Tribute Book
Share Your Memory of
Joan
Upload Your Memory View All Memories
Be the first to upload a memory!
Share A Memory
Send Flowers
Plant a Tree