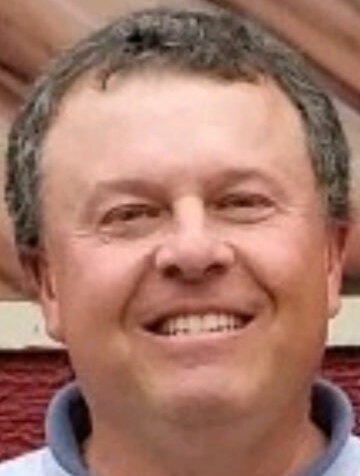 Please share a memory of Mark to include in a keepsake book for family and friends.
View Tribute Book

It is with deep and profound sadness that we share the sudden passing of Mark V. Payne, 56, of Atlantic Highlands on June 11 at Riverview Medical Center.

Mark was born on November 24th, 1965 to Elaine and Vincent Payne. He was raised in Hillsdale, NJ and attended St John the Baptist grammar school. He was a 1983 graduate of Bergen Catholic HS and ran Cross Country. He received a degree in History from Trenton State College. While at TSC, he was a member of Alpha Chi Rho (AXP) where he met lifelong friends, who to this day still refer to him as “Stick”. Mark worked in the financial services industry for many years. He opened a Farmers Insurance Agency in Colts Neck which he ran until he sold the business in 2020.

Mark enjoyed coaching several sports. He coached Baseball (Sandy Hook Little League), Basketball, and Football (Middletown Eagles) where he also served as President. As a diehard NY Yankees and NY Giants fan, he would watch the games with his beloved dog Huey by his side.

Mark is survived by his wife Terri of 25 years and two sons Matthew and Eddie of Atlantic Highlands. His mother Elaine Payne of Hillsdale NJ. His sisters Geri (Payne) Ramos of Fairfield, NJ and Robin Payne of Hillsdale NJ. And his in laws, Ed and Mary Shea of Jamison PA, Tom and Chris Shea of Ambler PA, his nieces and nephews: Alexa, Jack, Madison, Christopher. He is preceded in death by his father Vincent Payne of Bayshore, NY and brother-in-law, Eddie Shea of Jamison PA.

He will be truly missed by all who knew him.

In lieu of flowers, the family has set up an educational fund for Mark’s children. Gifts may be made out to: NJ Best 529 College Savings Plan, and mailed to 61 East Washington Ave, Atlantic Highlands, NJ 07716.

Funeral Services will be held on Saturday, June 18th. Visitation will be at 10AM followed by Mass at 11AM at St Agnes Church, 103 Center Ave, Atlantic Highlands. Interment will follow at Mount Olivet Cemetery, 100 Chapel Hill Rd in Middletown NJ. Funeral arrangements are being handled by Posten-McGinley Funeral Home, 59 East Lincoln Ave, Atlantic Highlands, NJ.

To send flowers to the family or plant a tree in memory of Mark Payne, please visit Tribute Store
Saturday
18
June

Look inside to read what others have shared
Family and friends are coming together online to create a special keepsake. Every memory left on the online obituary will be automatically included in this book.
View Tribute Book
Share Your Memory of
Mark
Upload Your Memory View All Memories
Be the first to upload a memory!
Share A Memory
Send Flowers
Plant a Tree