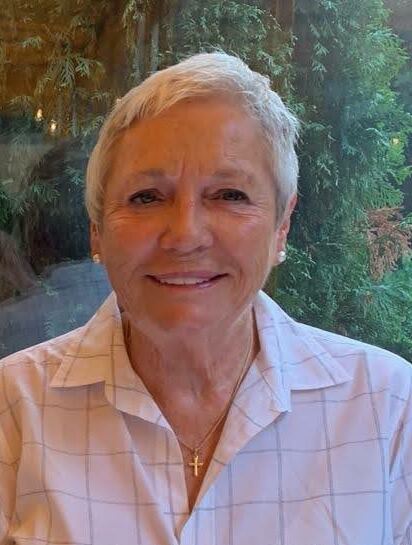 Please share a memory of Margaret to include in a keepsake book for family and friends.
View Tribute Book

Margaret Mazzarella passed away on Sunday, May 8, 2022 in New York, New York.

The eldest daughter of the late Charles and Marion (Duncan) Mazzarella, and a lifetime New Yorker, Margaret was born in 1948 in Hell’s Kitchen, Manhattan. Margaret is survived by her beloved partner of forty-six years, Maria Elena Lagomasino, and by her younger sister, Eileen Mazzarella. Margaret’s brother, Charles, the former Police Chief of Atlantic Highlands, predeceased Margaret by ten years. Margaret is also survived by her nieces and nephews: John (and Adriana) Amici, Justine (and Nicholas) Frank, Cristi Mazzarella (and Anthony) Milone, Cori (and Jack) Bevins, and Cami Mazzarella (and D.J.) Parker; as well as her great-nieces and great-nephews: Grace, Lucy, Christopher, Nicholas, Daniel, Vincent, Lucas, Isabella, and Julia. Margaret also leaves her beloved companion, her Havanese dog, Duncan.

Margaret graduated from New York University and was an advertising executive, serving as Vice President at Katz Communications. She developed a passion for cooking and entertaining and became a dedicated student of the culinary arts, much to the delight of her family and friends in New York and Florida. She had an eye for home design, and over the years, she beautifully built and renovated several homes, her capstone being her new home in Water Mill, New York. Margaret loved spending her summers in the Hamptons and winters in Naples alongside Maria Elena and their dog, Duncan. Her deep love of family and her boundless generosity united friends and families across generations. She loved animals, nature, and HGTV. An eternal optimist to the end, Margaret will be remembered for her strength of character, dry sense of humor, indomitable spirit, and courage.

The family invites their friends to a viewing on Thursday, May 12 at 9:00 a.m. at the Posten-McGinley Funeral Home at 59 East Lincoln Avenue, Atlantic Highlands, New Jersey. A funeral mass will follow at 11:00 AM at St. Agnes Church, 103 Center Ave, Atlantic Highlands, New Jersey. In lieu of flowers, donations may be made to the ASPCA or St. Jude’s Children’s Research Hospital.

To send flowers to the family or plant a tree in memory of Margaret Mazzarella, please visit Tribute Store
Thursday
12
May

Look inside to read what others have shared
Family and friends are coming together online to create a special keepsake. Every memory left on the online obituary will be automatically included in this book.
View Tribute Book
Share Your Memory of
Margaret
Upload Your Memory View All Memories
Be the first to upload a memory!
Share A Memory
Send Flowers
Plant a Tree