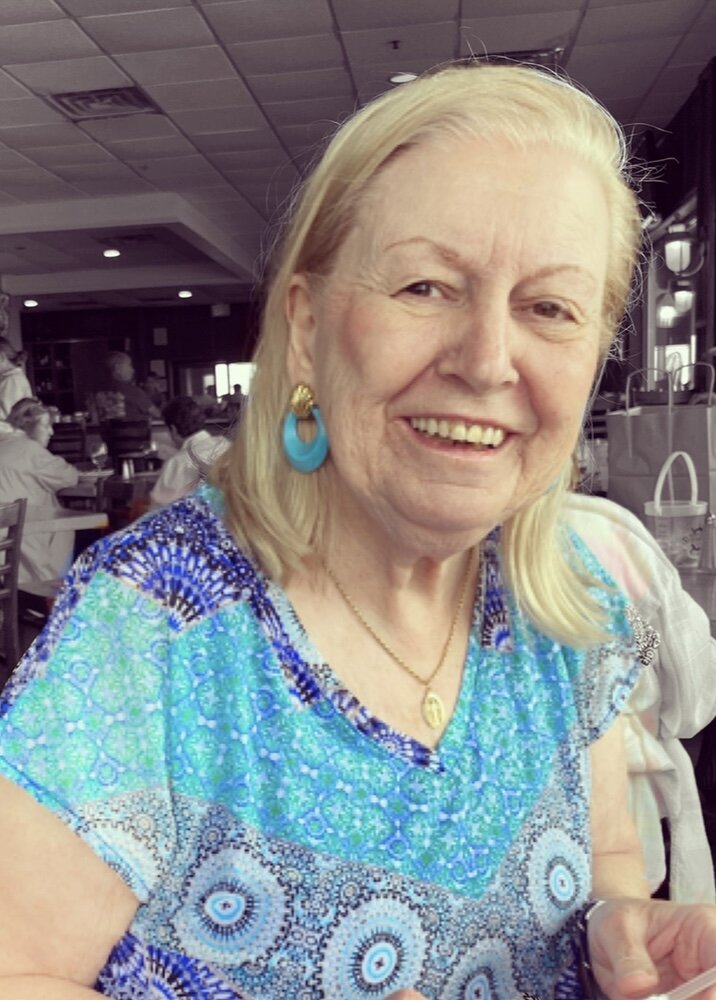 Please share a memory of Carol to include in a keepsake book for family and friends.
View Tribute Book

Carol was the devoted wife of the late Edwin F. Custer, Jr., having married on October 31, 1964.  She is survived by her daughter, Katherine M. Custer, of Leonardo, and her granddaughter, Katelyn A. Custer, of Atlantic Highlands.  Carol is also survived by her siblings Anne T. Carter of Farmingdale, NY; Joseph W. Misek of Kresgeville, PA; Evelyn T. Bankes of Highlands, NJ; and Eleanor F. Wall of Marlboro, NJ. She was a dear aunt, cousin, and friend to many.

Carol was a graduate of St. Jean the Baptist High School in Manhattan, where she was raised.  Prior to residing in Atlantic Highlands, Carol was a long-time resident of Highlands until losing her house in Superstorm Sandy.  For most of her life, she has been a devout parishioner of Our Lady of Perpetual Help-St. Agnes Roman Catholic Church. She was PTA President and Class Mother at O.L.P.H. school from the years 1971 until 1980, where she organized many fundraisers and gift auctions. As a child, her father taught her to ice-skate and they frequented Wollman rink in Manhattan. In later years, Carol was an avid bowler and was on the O.L.P.H. league named Dave’s Devils (named after Father Delzell, of O.L.P.H. parish), and then two other women’s leagues after. She worked for many years for Bahr's Real Estate and Gateway Agency National, both in Highlands, NJ.

Carol was a very outgoing, quick-witted person who loved to connect with people and make them laugh.  She forged many friendships that lasted a lifetime. She loved to care for others, feeding underprivileged neighborhood children and delivering “meals on wheels” for several years. Carol was also a very civic-minded person who strove to right injustices where she saw them.

Carol’s family would like to express their deepest gratitude to Dr. Stephen Swartz for his compassionate care and friendship.

Viewing will be at Posten-McGinley Funeral Home from 5 p.m. until 8 p.m. on Tuesday, March 8th. A funeral mass will be held at 11 a.m. Wednesday, March 9th at St. Agnes Church.  Burial will be in Fair View Cemetery, Middletown.

In lieu of flowers, donations may be made to the Monmouth County SPCA or Fulfill NJ.

To send flowers to the family or plant a tree in memory of Carol Custer, please visit Tribute Store
Tuesday
8
March

Look inside to read what others have shared
Family and friends are coming together online to create a special keepsake. Every memory left on the online obituary will be automatically included in this book.
View Tribute Book
Share Your Memory of
Carol
Upload Your Memory View All Memories
Be the first to upload a memory!
Share A Memory
Send Flowers
Plant a Tree