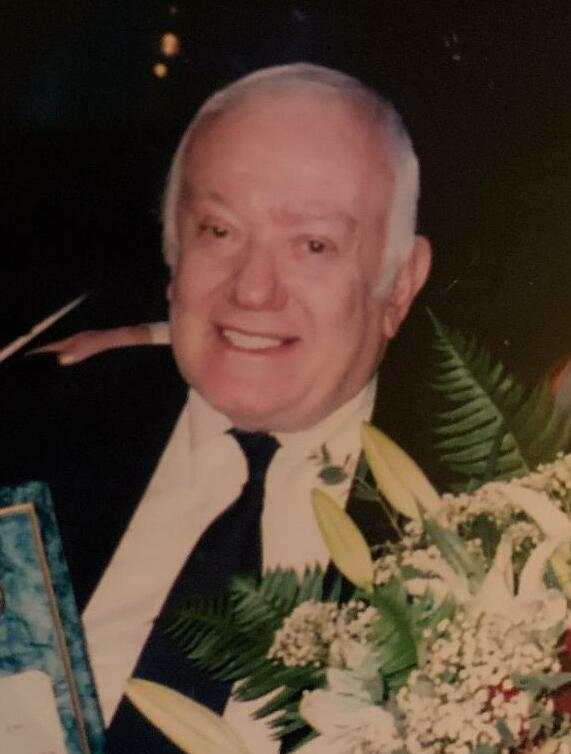 Please share a memory of Bernard to include in a keepsake book for family and friends.
View Tribute Book

ATL. HIGHLANDS - Bernard Joseph Sweeney, Bernie to everyone who ever who needed a helping hand or visited the Shore Casino, died Friday morning at Riverview Medical Center, surrounded by the love of family. He was 90 years old and had been proprietor of the famed Casino in the Park in Jersey City for 60 years and the Shore Casino in the Atlantic Highlands Yacht Harbor for 46 years.

The son of the late Joseph and Theresa Ippolito Sweeney, Bernie was born in Jersey City and is a graduate of Snyder High School. He served in the US Army as a paratrooper after graduation and before going with the Union City Dispatch as a new reporter and editor. He also served as a Director with the Jersey City Police Department. When he took over the Casino in the Park in Jersey City, it became a high society meeting place for the rich and the famous, together with the not so rich and famous firemen, emergency volunteers and police officers who held their own dedicated events programs at the highly touted facility because of Bernie’s kindness, generosity and lifelong desire to help everyone in need. The facility was the gathering place for politician, movie and Broadway stars as well as sports and other famous personalities, including Frank Sinatra who hosted a gala event at the Casino in the Park on the occasion of his parent’s 50th wedding anniversary. President Bill Clinton was a guest at the Casino in the park, as well as boxer Mohammad Ali and numerous personalities before the Sweeneys retired from the facility last year.

Bernie was honored by numerous military, political, veteran and charitable and fraternal organizations over the years for his many generous donations to all their special causes, and for always having a facility ready to accommodate whatever was needed to help someone else.

Bernie opened the Shore Casino in Atlantic Highlands Yacht Harbor in 1976 and continued his finesse as a restaurateur, people-gatherer and dynamic host. Together with his wife Kathleen, the Casino continued to be the gathering place for the well known and not so well known, from former First Lady Barbara Busch to local young couples holding their wedding receptions at the waterfront facility.

Bernie is survived by his wife, Kathleen Sheehan, sons, Joseph, in Florida, BJ and his wife Marie, Middletown, and Jay Strebb, who managed the Casino for Bernie, one daughter, Kathleen Connors and her husband Jeff, of Holmdel, and grandchildren Leah Sweeney, Joseph Ryan Connors, M.D., New York, and Katie Connors, BSN, of Holmdel.

A funeral mass will be held at 11 a.m. Wednesday at St. Agnes Church. Viewing will also be in St. Agnes Church Tuesday evening from 4 to 7 p.m. Postens-McGinley Funeral Home is in charge of arrangement. Burial will be in Bayview Cemetery, Middletown.

In lieu of flowers, the family is requesting donations to Our Lady of Perpetual Help-St. Agnes Church.

To send flowers to the family or plant a tree in memory of Bernard Sweeney, please visit Tribute Store
Tuesday
15
February

Look inside to read what others have shared
Family and friends are coming together online to create a special keepsake. Every memory left on the online obituary will be automatically included in this book.
View Tribute Book
Share Your Memory of
Bernard
Upload Your Memory View All Memories
Be the first to upload a memory!
Share A Memory
Send Flowers
Plant a Tree