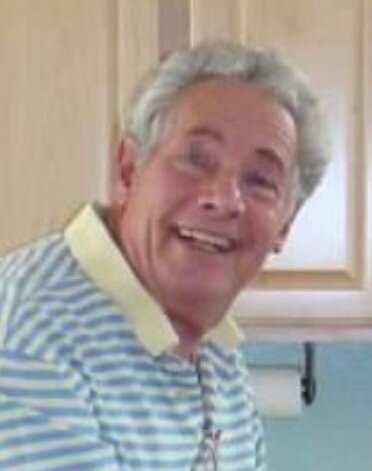 Please share a memory of Larry to include in a keepsake book for family and friends.
View Tribute Book

Born on June 30, 1938, in the Bay Ridge section of Brooklyn, to the late Cosimo Belcastro and the late Agatha Belcastro. He was the youngest of six siblings: the late Mary Bosco, Helen Marinaro, Armand Belcastro, the late Rita Belcastro and Patrici Izzi. Most of his siblings married and had children before he did and he was the beloved uncle to many nieces and nephews.

Larry and Rose raised their family in the Bay Ridge section of Brooklyn, not far from his childhood home. He provided a happy home for his family. He always had a “don’t worry, be happy” easy-going and positive personality.

Larry had a life altering car accident when he was in his 20’s, which impacted him physically for the rest of his life. However, this accident did not stop his happy spirit or drive for improvement. Regardless of any life or medical setback, he always exuded hope that things would get better. He established his own business, Belcastro Landscaping, which he supported his family with and eventually passed on to his son. Prior to his accident, he was an athletic guy who loved playing baseball and once set the record in junior high school for doing 1,000 sit-ups.

Larry and Rose had a house in the Pocono area that they used to enjoy going to on weekends to relax after a busy work week in Brooklyn. After retiring, they bought a house in Henderson, Nevada. They would come back to PA for the summers so they could spend time with their children and grandchildren. Larry loved his time in Nevada, socializing with friends, playing poker, and betting on the football games. Larry and Rose moved to Navesink, NJ a couple of years ago to be closer to family.

Larry was kind, gentle, loving and a funny jokester. He loved his wife and his family, watching sports and listening to Frank Sinatra. He was beloved by so many and will be dearly missed.

Friends and Family to be recieved on Saturday from 5 to 8pm. No services on Sunday.

To send flowers to the family or plant a tree in memory of Larry Belcastro, please visit Tribute Store
Saturday
12
February

Look inside to read what others have shared
Family and friends are coming together online to create a special keepsake. Every memory left on the online obituary will be automatically included in this book.
View Tribute Book
Share Your Memory of
Larry
Upload Your Memory View All Memories
Be the first to upload a memory!
Share A Memory
Send Flowers
Plant a Tree