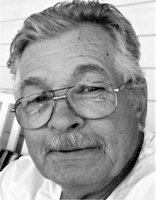 Rich was an accomplished auto mechanic and lent his expertise as a lead mechanic to several area car dealerships.  His love for Chrysler cars never ceased.  He had a love of fishing and shared his passion with his children and grandchildren. He was happiest on his boat with the smell of salt in the air. Well known and respected throughout the bayshore fishing industry, 30 plus years a lobsterman, and clammer he remained working on the water as Vice President of the Baymens Cooperative JT White Clam Co.

Richard is predeceased by his parents Gerard and Ethel A. Gardner, brother John Gardner, and his son Michael Gardner.

Due to the current pandemic, a private burial will take place at a later date.