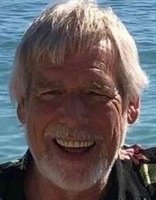 Harold passed away peacefully on April 30, 2020, surrounded by his loved ones. Harold was born April 12, 1947, in Proctor, Vermont to Owen and Marion (Towslee) Taylor. Having resided in Atlantic Highlands and Navesink, Harold and Christine had just moved to Shadow Lake Village in February and were looking forward to a new chapter in their lives. Harold was an active member of the United Methodist Church in Atlantic Highlands. He retired from Ford Motor Company in Edison and enjoyed meeting up with his buddies at the monthly UAW Local 980 Retiree meetings. He will be forever missed by his wife of 42 years Christine Olsen Taylor, his sons, Harold Taylor Jr and wife Catherine, Adam Taylor and wife Lily, daughters Amanda Caballero and husband Joseph and Tina Woetko and her family. He was the proud Pop-Pop of Hudson Caballero, and grandfather to Angellica and Michelle Taylor. He is also survived by his sister Barbara Taylor Valentin, and nieces and nephews. In lieu of flowers, donations can be made to the United Methodist Church of Atlantic Highlands Memorial fund.

Due to current events, a Memorial Service will take place at a later date to be announced. Arrangements were entrusted to Posten McGinley Funeral Home 59 E Lincoln Ave, Atlantic Highlands, NJ, 07716.